Leopold Banchini has been following a very international career, with stations in Lisbon, Sydney, Barcelona and Geneva. He founded his own studio in Geneva in 2016, after collaborating with Daniel Zamarbide in the practice BUREAU. His works include installations and research as well as playful architectures like the project CCFF, a small house hovering over the railway tracks of Genevas industrial train station. 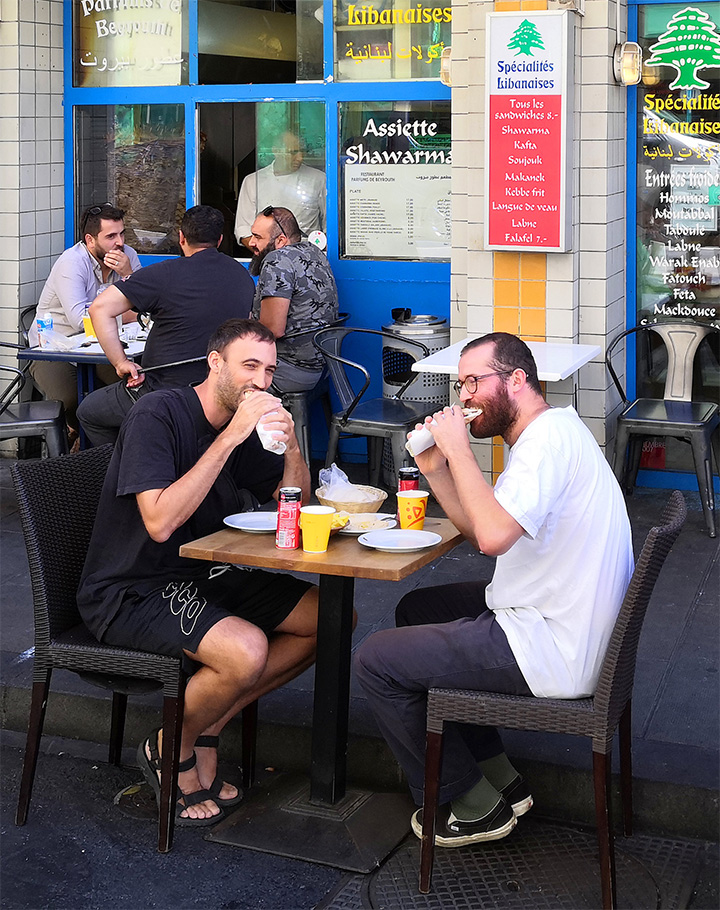 What is the essence of your work?

Leopold Banchini Architects is a multidisciplinary research team exploring the frontiers of space shaping. Deliberately ignoring borders and embracing globality, it aims to expend the traditional definitions of project making using DIY culture and eclecticism as means of emancipation. Deeply rooted in architectural history, it is interested as well in contemporary popular cultures as in vernacular traditions and crafts. Addressing architecture as a form of social action, it places political and environmental considerations at the very heart of its practice.

The office is mainly nomadic and has been moving around over the years. In the last three years it moved from Lisbon to Sydney, to Barcelona and is now in Geneva. The team is equally as multicultural and diverse. As such, we probably don’t qualify as a Swiss Architecture office.

Leopold Banchini architects produce projects by investigating the spaces and materials often neglected by architectural trends. It focuses on the spaces created by our contemporary culture without the help of professionals; Informal, temporary, social, virtual, immediate. The office is equally interested in the social conditions and the political context of spaces as in their architectonic components. We learn from the genius of neo-vernacular and the beauty of collective intelligence and popular cultures.

Leopold Banchini Architects invests widely in research, cultural exchanges and knowledge transmission. It has conducted numerous workshops, debates and lectures worldwide. Leopold Banchini has been teaching at the HEAD Geneva and the Swiss federal institute of technology in Lausanne (EPFL) and was the head of the Studio for Immediate Spaces at the Sandberg Institute in Amsterdam for the past three years.

How does this materialise in the project CCFF?

Casa CCFF is a domestic factory floating above an untouched garden. Mimicking the surrounding industrial shed roofs, the large open volume is filled with sunlight. The views to the exterior are carefully framed to create a brightly lit intimacy in this highly urban environment. On the first floor, two interior gardens divide the living spaces and bring nature at the heart of the house. Overlaying transparencies blur the boundaries between interior and exterior. Under the suspended volume, a generous covered space allows for outdoor living and parking. Each architectural element placed in the square plan is specifically designed for the simple house.

Casa CCFF is an eco-friendly urban house overlooking Geneva’s industrial train station. Using economical materials and prefabrication, it reduces the construction costs to the minimum. Developed with engineer Marc Walgenwitz, the house is built almost entirely in wood, pushing the structural capacities of this natural material to its limits and reducing the use of concrete to a bare minimum. Achieving high insulation values and maximising solar gain, a small heat pump allows to avoid the use of fossil fuels. Assembled in a few days by local carpenters, the small house proposes an alternative to the archetype of swiss concrete houses often lying on heavy foundations. 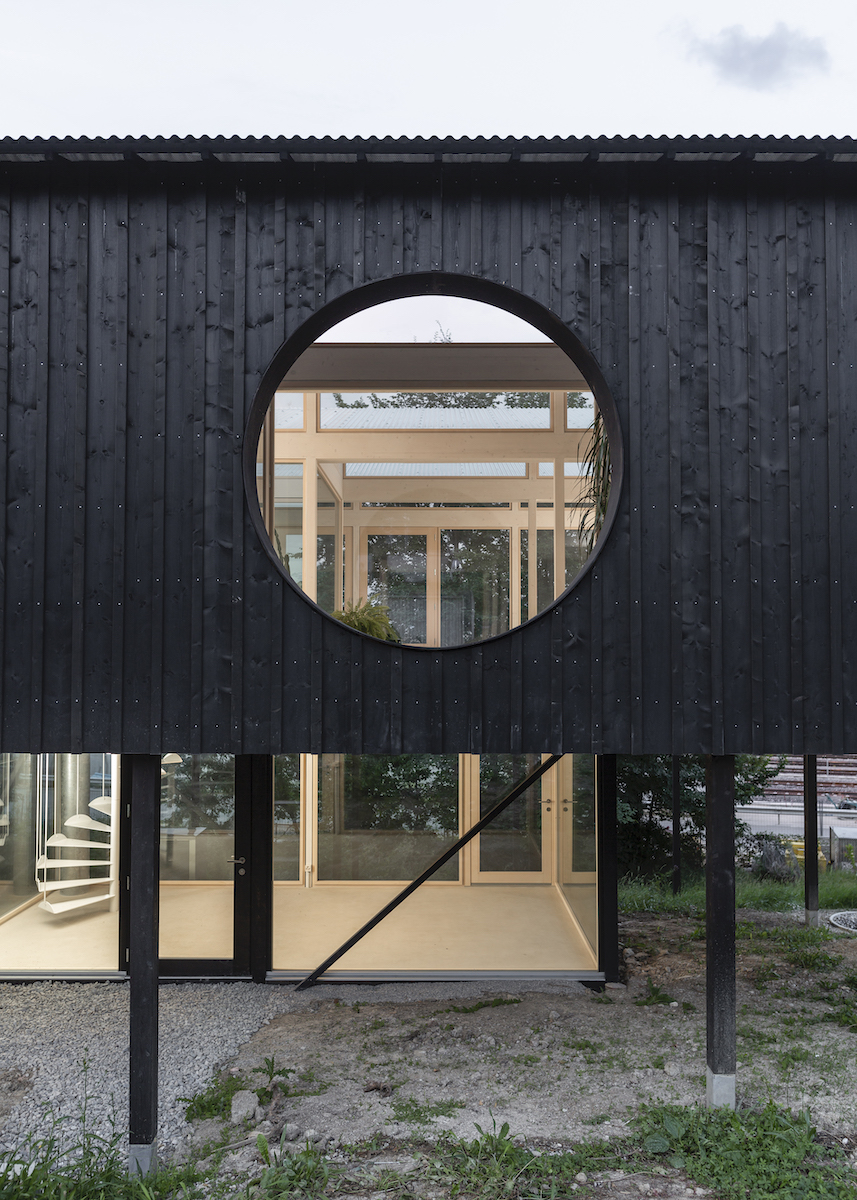 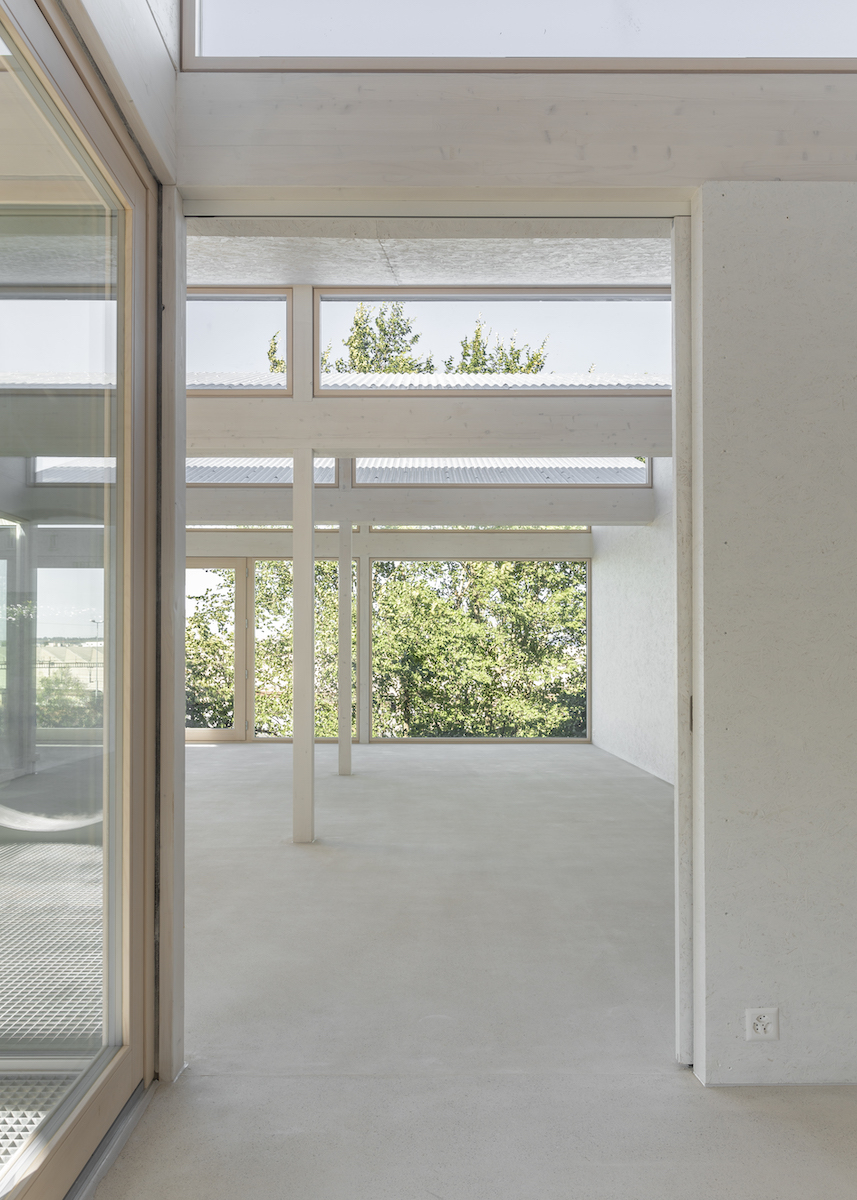 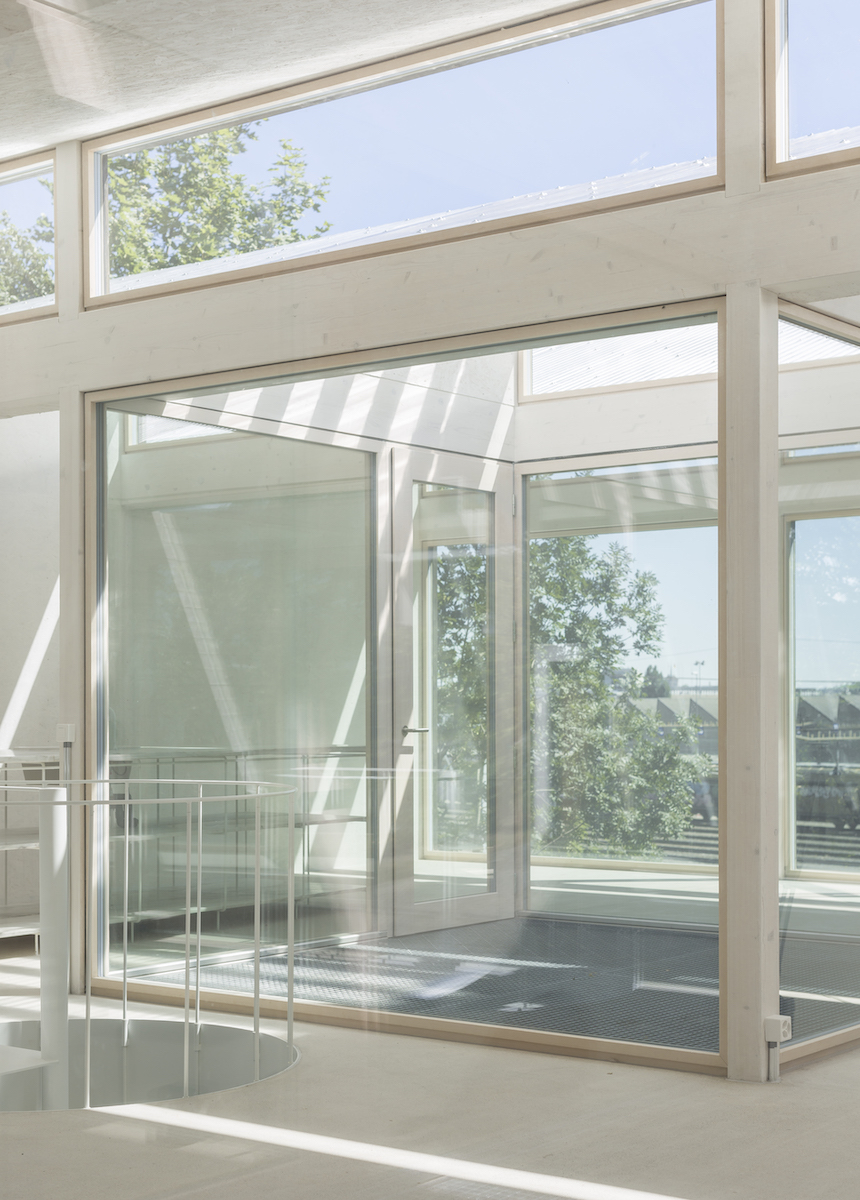 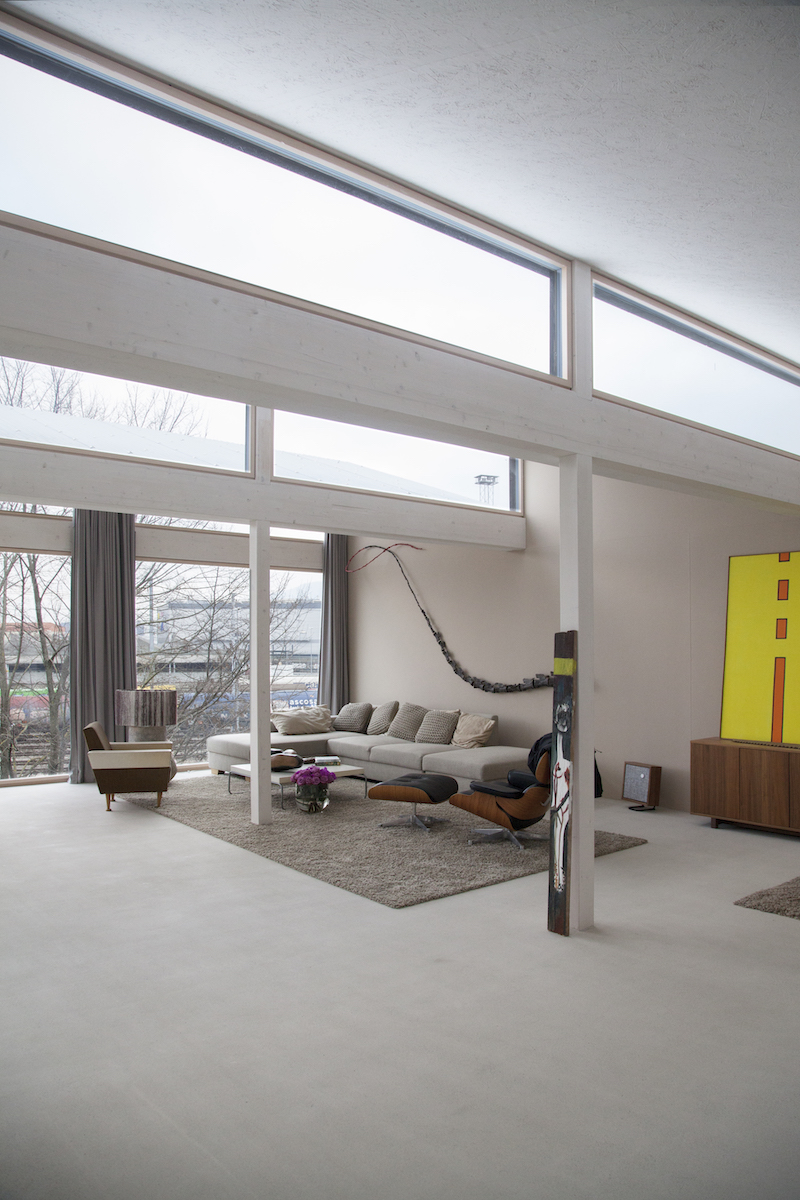 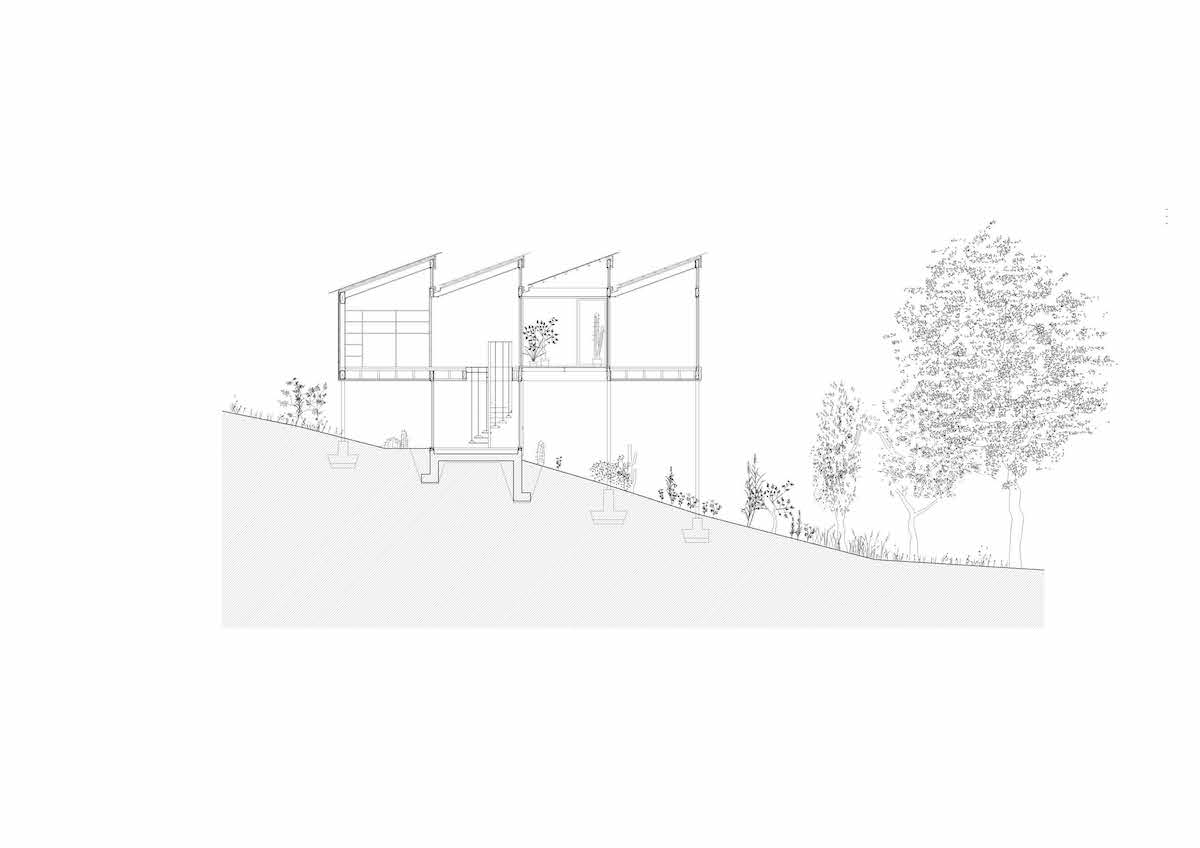 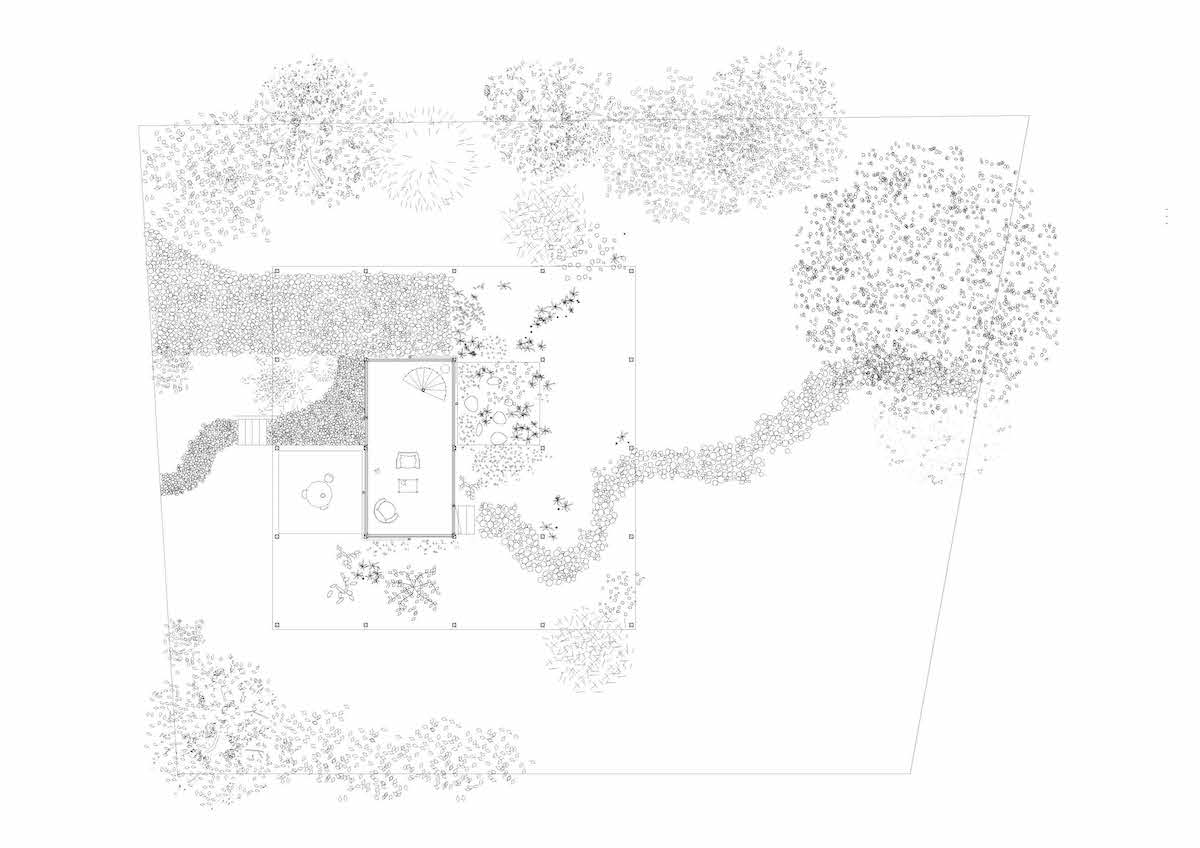 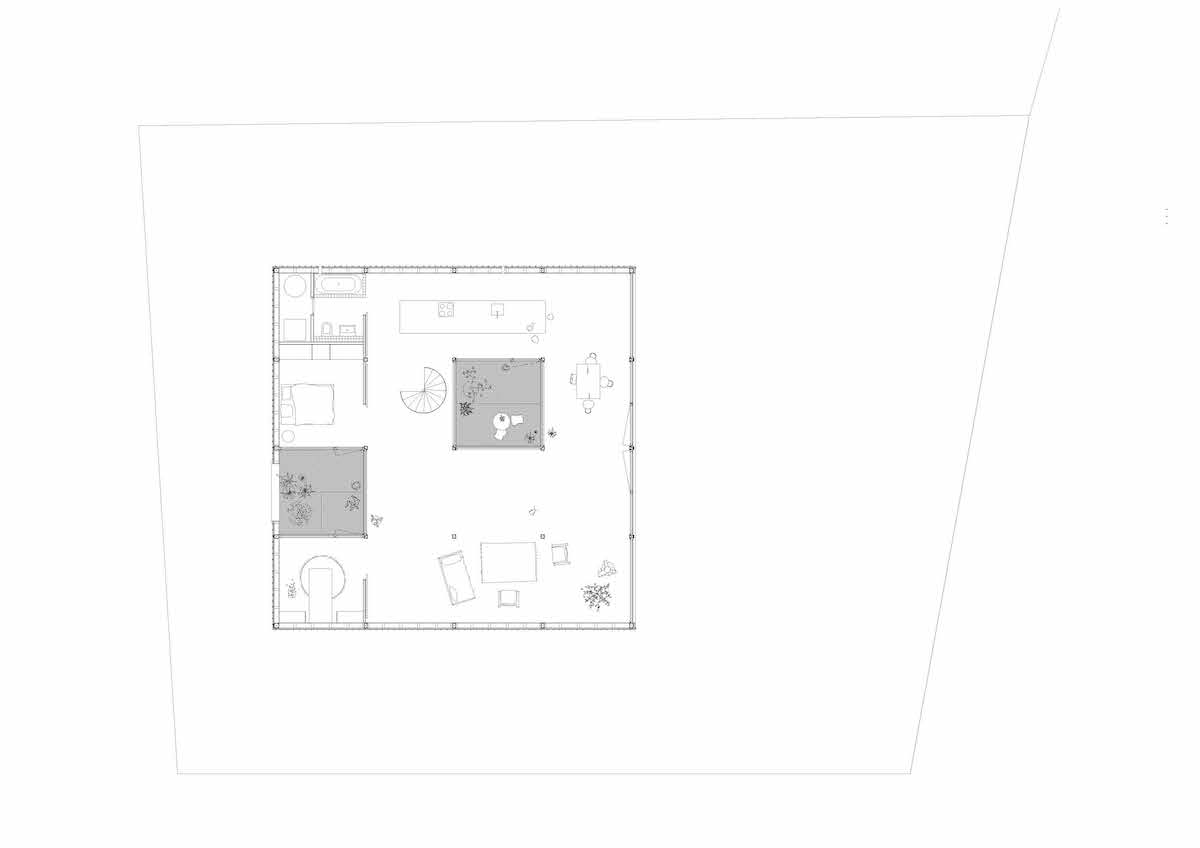 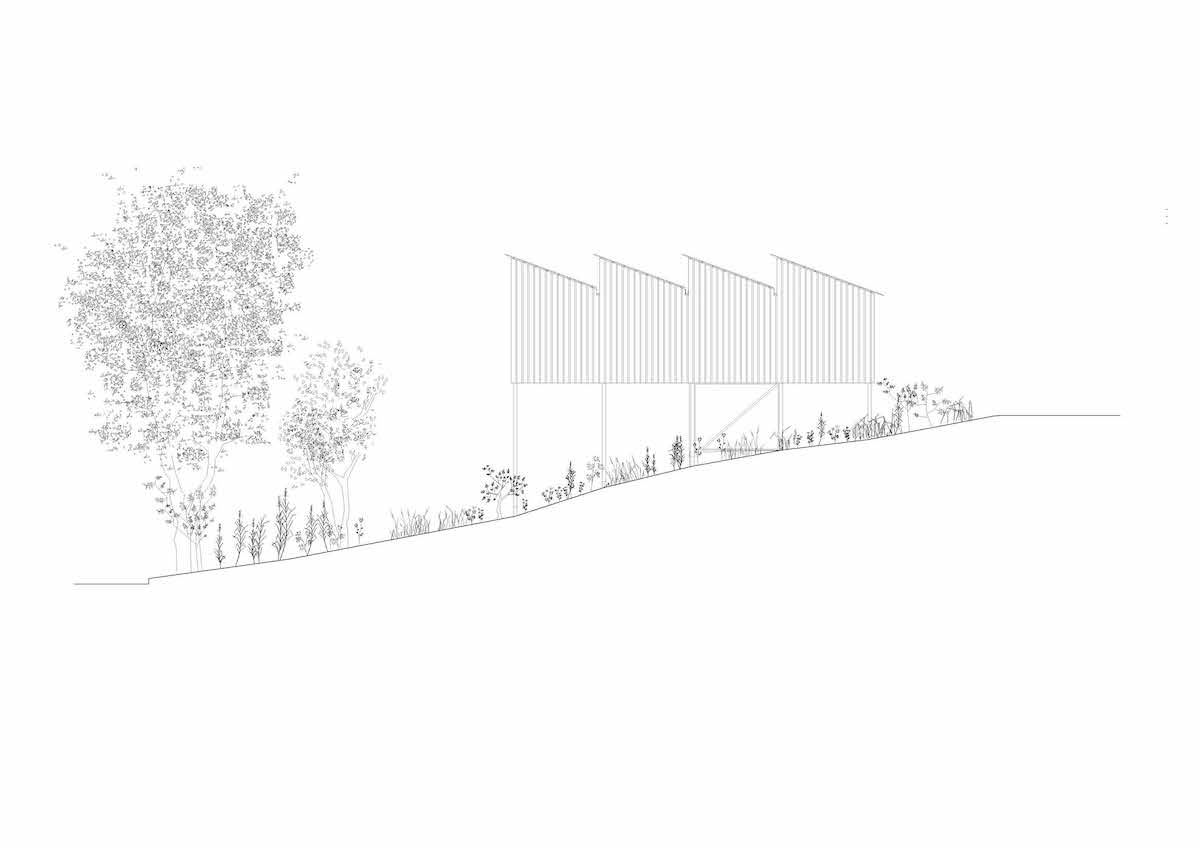 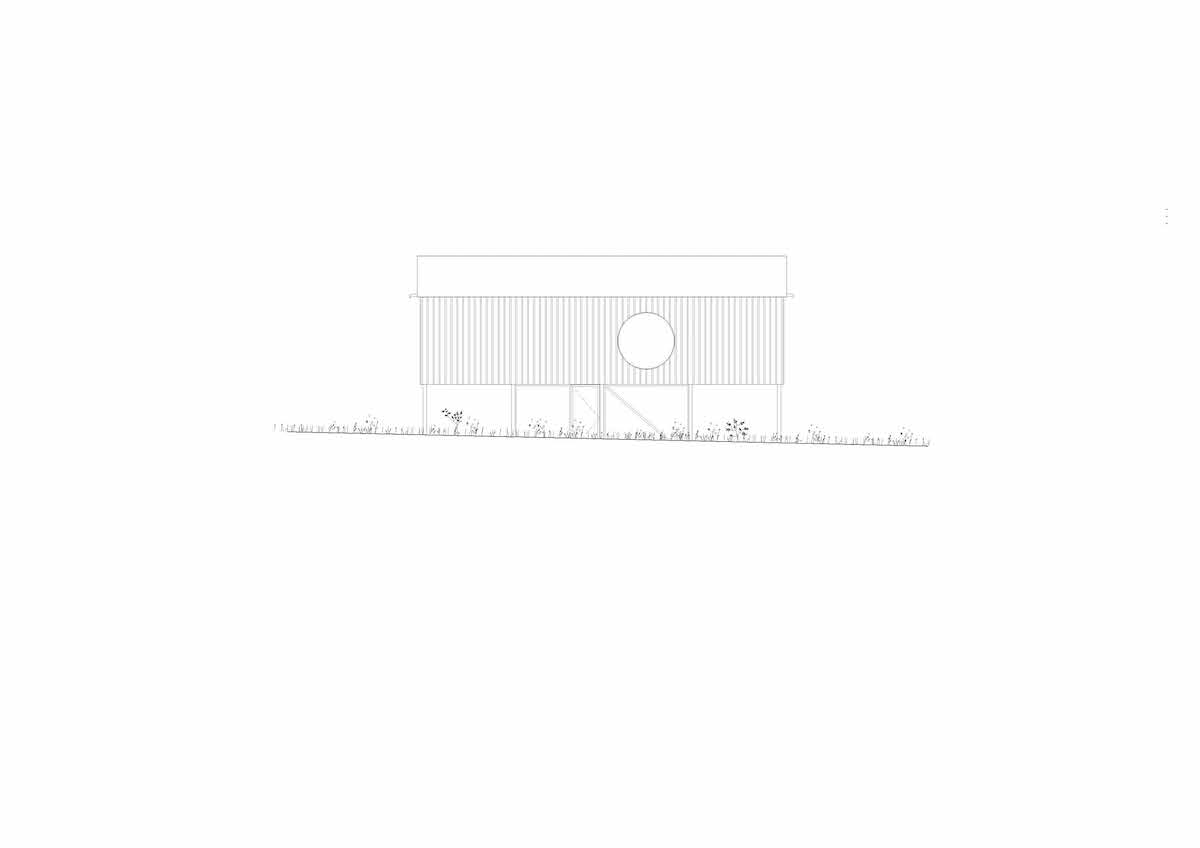 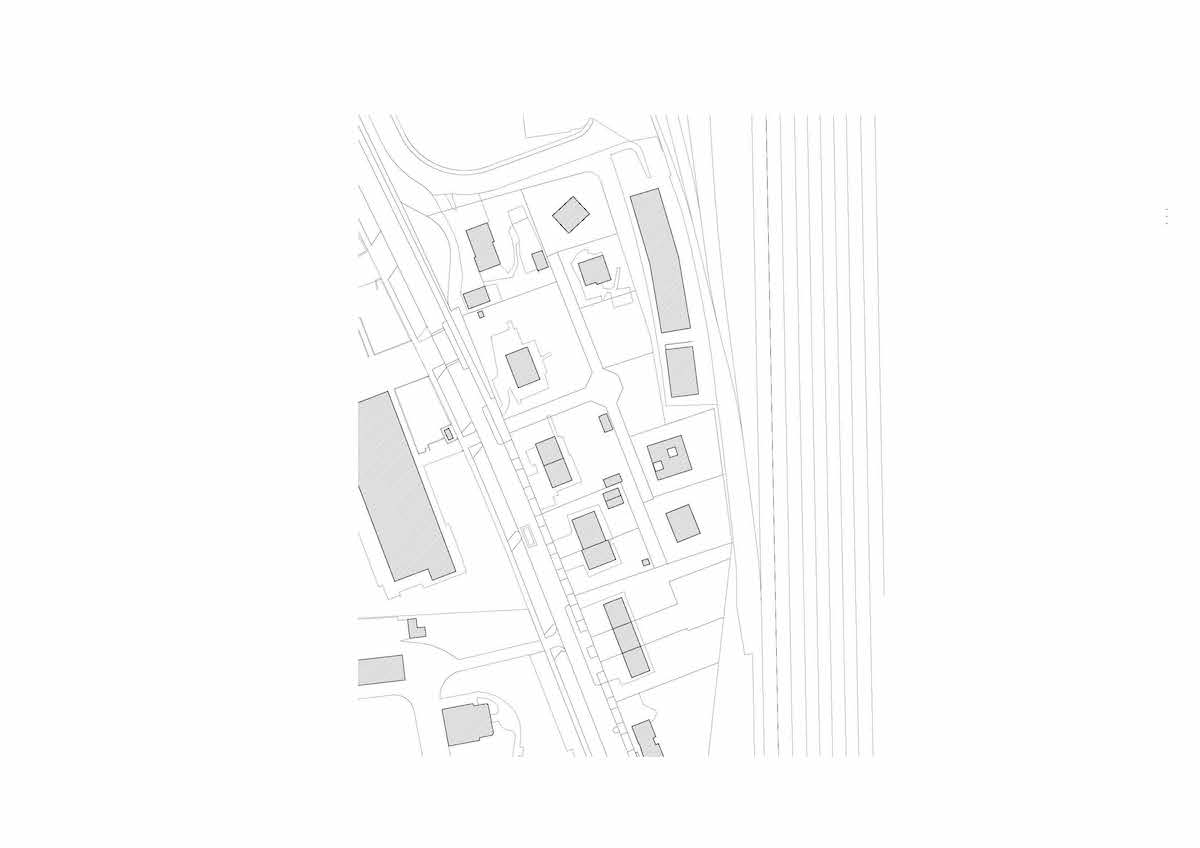